The West Gondor Quest Pack has been made available to the LOTRO Store. Premium and Free to Play subscriptions will need to purchase this quest pack to gain access to the new content (unlike Beta 1 when we had unlocked the region for you). Epic Book Volume 4 is open to all characters regardless of subscription status.
The End-game regions of Emyn Ernil and Paths of the Dead have had their events artificially accelerated so these regions will also be open to all VIP and West Gondor quest pack owners.


The Welcome Back Weekend effects have been updated to now grant a % bonus to Experience Gain on Monster Kills, Crafting, Quest Completions, Legendary Item and Mounted Combat XP. Updated the effect description.

All Classes
Traits that granted primary stats have been increased to be more competitive.
Fixed a bug that was causing Rallying Cry to not stack properly with other captains and in some cases have a weaker version override a stronger version.


Captain
Fixed a bug that was causing Rallying Cry to not stack properly with other captains and in some cases have a weaker version override a stronger version.
Fixed a bug with Exemplar not properly proccing its heal when a shield brother was hit.
Exemplars heal skill proc now has an internal cooldown of 8 seconds. This cooldown applies to the Captain’s proc and the Shield Brothers proc separately.


Champion
True Heroics – Lowered cooldown to 2 minutes (Lowered legacy to be 60 seconds maxed out to compensate for this change).
The Deed Heroic Resolve now only requires 50 uses of True Heroics, down from 750.
The Martial Champion
Riposte damage increase trait has been raised from 15% to 20% per rank. New rank on trait that grants: Sweeping Riposte – 20% Chance to unlock sweeping riposte instead of riposte. Deals damage up to 3 targets.
Critical Defence trait has been converted to a percentage based trait.
Aggressive Exchange trait has been moved to Tier 1 of the Martial Champion tree.
New Trait – “Quick with a Blade” Merciful Strike has no health threshold requirement.
Horn of Champions – Increased debuff duration to 10 seconds.

The Deadly Storm
Passive – Flurry – Increase proc chance to 30%, up from 20%.
Exchange of Blows no longer reflects damage over time effects.
Bladestorm critical hits now proc Flurry.
Champion’s Advantage – Increase duration of buff to 12 seconds, up from 8 seconds.
New Trait – The More the Merrier Blade Skills have a 15% chance to generate 1 fervour for every target hit
New Rank of Ardent Rage. This rank reduces the cooldown of Battle frenzy by 30 seconds and changes the fervour regeneration effect to be 1 fervour every second for 10 seconds.


Guardian
Bash Legacy should now properly increase the damage of bash.
Traits - Disorientation application chance balanced down from 20%-->5% / rank
Traits - New Trait - Break Ranks (Defender of the Free) - Shield-swipe will cash out max fortification stacks for a 20% damage buff for 15s. You will not be able to start rebuilding Fortification until 5s after this buff ends.
Traits - Enhanced Trait - Stoic - Stoic has a new rank which will cause your bubble to heal you for 10% of your Morale when it expires.
Traits - Enhanced Trait - To the Rescue - New rank causes your next skill play to be a guaranteed Crit
Traits - New Trait - Honourable Combat (The Keen Blade) - Gain a skill which removes all bleeds from a foe and heal yourself for 2% max Morale for each tier of bleed removed.
Traits - New Trait - Singular Focus (The Fighter of Shadow) - Parry response skills have a chance to break enemy armour, reducing its effectiveness for 30s. This debuff cannot be refreshed by other traits.
Traits - Enhanced Trait - Strong Bursts - New rank increases AoE damage by a further 10%


Exsanguinate now has no Focus Cost.
New Trait – Moving Target – The Hunter gains +5% Evade chance whilst moving. This bonus disappears after standing still for a second, but will resume thereafter.
Enhanced Trait – Strong Draw – New rank that gives the hunter a +15% chance for focus consumers to consume 1 less Focus


Enhanced Trait – Trait - Survival Gear – New max rank that increases Max Bonus to 8% Mitigation
Elusive – Change bonus to give Evade Chance instead of Partial Evade Bonus
New Trait – Emergency Preparations – Evading allows you to instantly place a trap within 10m of yourself. This trap is the equivalent of a Set Trap and can only appear once every 8 seconds.
Trait – Endurance – Ratings have been buffed to be more competitive.


Rune-keeper
Volcanic Runestone should now be properly affected by the Fire Damage weapon legacy.
Steady Hands useable while moving
Scribe a New ending – Skill is useable even when disarmed.
Do Not Fall This Day – Reduce cooldown to 5 minutes. Can be casted on a target out of combat.

New Trait – Flashing images – After using Steady Hands, if you use a cashout skill within 6 seconds, you will be returned to your previous attunement level before Steady Hands.


Warden
Fixed the tool-tip for the Agility stat as it did not include the fact that Agility also increases Tactical Mastery.


Level 100 pvmp armour, weapons, and jewelry can now be purchased in Glan-vraig.


Vanguard skill Incite Foe will now be automatically added to the auto skill bar when acquired.

Guarding the Watchtower: placed clubs & torches in the hands of the attackers
Fixed “Enemy Archer” zones that were missing or badly placed
Powder at the Gate: attempted fix for issue where last wave of sappers would just stand still
Stone Obstruction: archers fire longer each time you tell them to shoot

Spider boss Scrimgrit hits a little harder than before; we gave her some extra skills
Bombs & Bats: fixed but where killing multiple sappers at once could prevent quest from completion
Touched up appearance and placement of several “Enemy Archer” zones

Ladders: fewer trolls and they only show up later, reduced HP of hooks by roughly 20%, slowed spawn rate of sappers coming up the ladders


There's now a search box on the reputation panel


Pre-order - The Token of the Hornburg pre-order item now works through level 99
Lootboxes now contain a "Pick a Mount" box which allows you to select one of over 25 different mounts, including the Lootbox exclusive Red Painted Skeletal Steed.


Names for Huorns have been changed to be more lore appropriate.


Assorted fixes for the IV.1.12 instance: group version should now be completeable.
Typos and text in Volume IV Book 1 fixed. Icons plugged in for Volume IV Book 1 items
Volume IV Book 1, Chapter 9 should now be completeable with Lothiriel in the Great Hall in Dol Amroth.
More polish for Volume IV, Book 1: The Road to Gondor
Quest Guide fixes for the Epic Prologue in Bree-land.
Some polish for 'Interlude: Those Who Are Dead'
Swan-knights involved with Epic Volume IV Book 1 now have their appearances.
Fixed the missing walls and gate during III.4.18, 'The Captive'
Fixing the aggro of the birds at Erech.
The Restless Orcs of the Crack's Edge - Orders no longer go into pending loot. 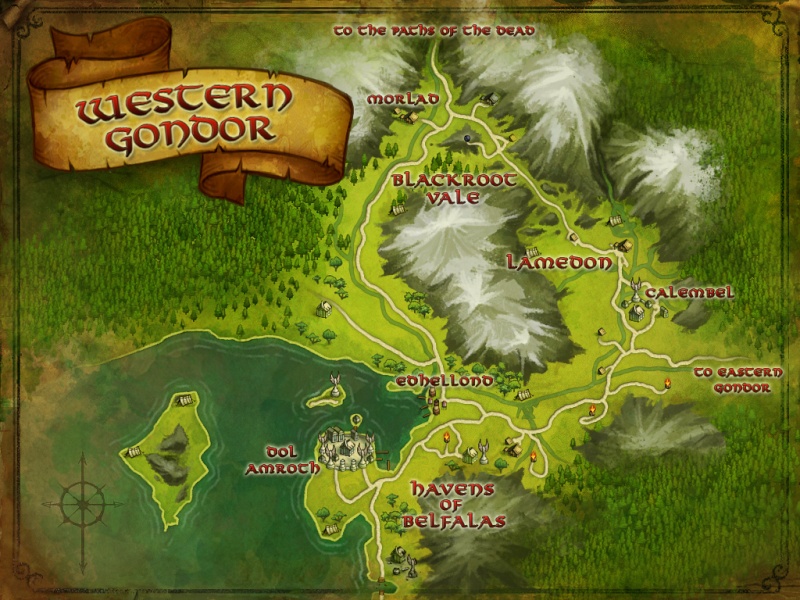